The Uniqueness of Persian Handicrafts 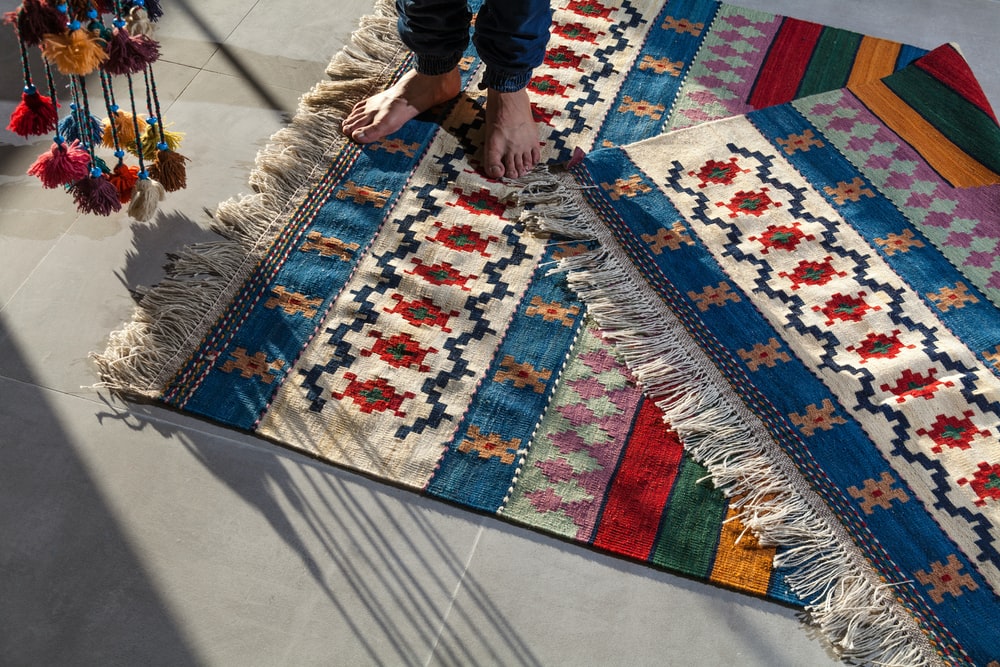 Persia is famous for its rich and diverse culture. Persia's nature has been well documented, but what many people don't know about this country are the amazing handicrafts that stem from it. In international events such as The International Handicraft Fair of Mashhad or Esfandgar Festival, you can see how ancient cultures live on through new generations in a time-honored tradition by viewing beautiful works created with care in their respective workshops.

Persia is a land of ancient wonders. Great Iran has more to offer in its arts and crafts industry, as memorable and exciting as all those historical monuments that have captivated travelers for centuries! With rich culture naturally comes to an endless supply of items crafted by hand with millennia-old techniques; these creative souvenirs can be found throughout the country from Tehran's bazaar right down into small villages boastfully displaying their finest carpets or jewelry on sale outside homes where mothers still knit while fathers carve wood cabinets Doors frames clocks radios shelves chairs beds headboards trays washboards mirrors plates lamps cupboard pulls etc.

Iran is one of the most ancient nations in world history. With a rich cultural heritage that spans many different fields, from art to architecture and cuisine, among others, it's no surprise why so many tourists come here year after year! Major cities like Isfahan, Tabriz, or Shiraz, where you can find more foreign visitors -architecture- pottery, etc., are specialties worth knowing about. Iran offers an exciting experience not just because its deserts have some spectacular sandstone medieval castles built centuries ago by Arab invaders who occupied parts of Persia back then but also due to any other reason: rustic villages divided into dozens of unique neighborhoods filled with bazaars selling carpets handmade out wool felt.

Persians are well known for their beautiful, intricate pieces of furniture that have been around since ancient times. Among these items is the carpet-making above tradition; this art form has been passed down from generation to generation and can be seen in museums all over Europe as proof! What's even more interesting about Persians? They're also responsible for creating some other major world traditions like pottery--and don't forget those magnificent carpets either!

The art of carpet weaving is rooted in the culture and customs of the Iranian people. Carpets are made with natural materials like flowers, birds, or beasts that have been extracted over time through generations to create these amazing mixed patterns just similar to those found within Persia gardens: full fauna plants adorning myriad colors spanning across wildflower petals (a perfect analogy). These rugs can be handmade by hand which gives them an individual touch depending on where it's made - some variations include textures such for Gabbeh rug-weaving style whereas others come out looking more complex due to its design complexities

Marquetry is a creative art form that has been popular in the Persian Empire, Ottoman Turks, and Safavids. The technique consists of engraving star-shaped patterns with thin sticks of wood such as ebony or rosewood using an incising tool called Khatamkari (this means "one who chases"). Other woods were used to create golden parts, while camel bones provided white contrast for intricate designs on musical instruments like drums.

A beautiful art form in Isfahan, Iran, is the enameling of metal. Enamel works have been done for centuries and can be seen on plates from as far back as Seljukid times to Zand Dynasty reigns like the Safavid dynasty when they were used primarily by goldsmiths or silversmiths., but it was only recently that we saw them being made into more decorative pieces such what you see today with many people taking up this hobby-like craft.

Iranian tilework pays homage to ancient nomadic tribes with geometric patterns in kilims and gabbehs, which Islam has influenced. The art form is advanced due to the particular patterns on these tiles used for decoration of Iranian crafts or buildings like blue mosques found within Isfahan city where it was first originated from old centuries ago during the pre-Islamic era when cities were industrial hubs that made up the most part about country's mosaic industry.

Iranians are well known for their architecture, and the Persians have been creating beautiful structures since ancient times. Iranian Architecture is magnificent, with impressive buildings that display different styles from around Asia, such as domes or vaults to suit any environment they are builtin; this design ingenuity can also be seen through traditional garden designs which were influenced by Persian gardens like those found throughout Andalucia into India and beyond!

Persian calligraphy is a kind of creativity in handwriting that includes different styles. The popularity for this form dates back to the ancient Persians who prized it highly enough that elaborate drawings would decorate pottery works and buildings from their time, such as architecture or art pieces created by metalworkers like jewelers with gold leafing techniques used during crowns ceremonies where they would applaud royalty before them-which is preserved today at museums all around the world!

Pottery, relief carving, and others

There is a rich history in Iran as old as the Elamites and Achaemenid Empire. The Persepolis ruins are hubs for amazing relief creations with exceptional potteries found at various sites like Sialk or Jiroft together engravings dating back to around 2000 BCE where Qalamkar art form can be seen Engraving commonly used on these pieces has an ancient heritage too,which goes back beyond Persia's second millennium BC