In Persian, the game of backgammon is known as takht-e-nard. Its exact origin is unclear, but it is thought to have first been played in Mesopotamia and Sumer about 5,000 years ago. The modern game seems to have developed directly from the Persians. According to H.G. Raverty, in an article entitled "The Invention of Chess and Backgammon": "Ard-Shir Babakan, son of Babak of the Sassanian dynasty of Iran-Zamin or the ancient Persian empire, invented it. The game was also sometimes called Nard-i-Shir after him." (Journal of the Asiatic Society of Bengal, ca. 1886) 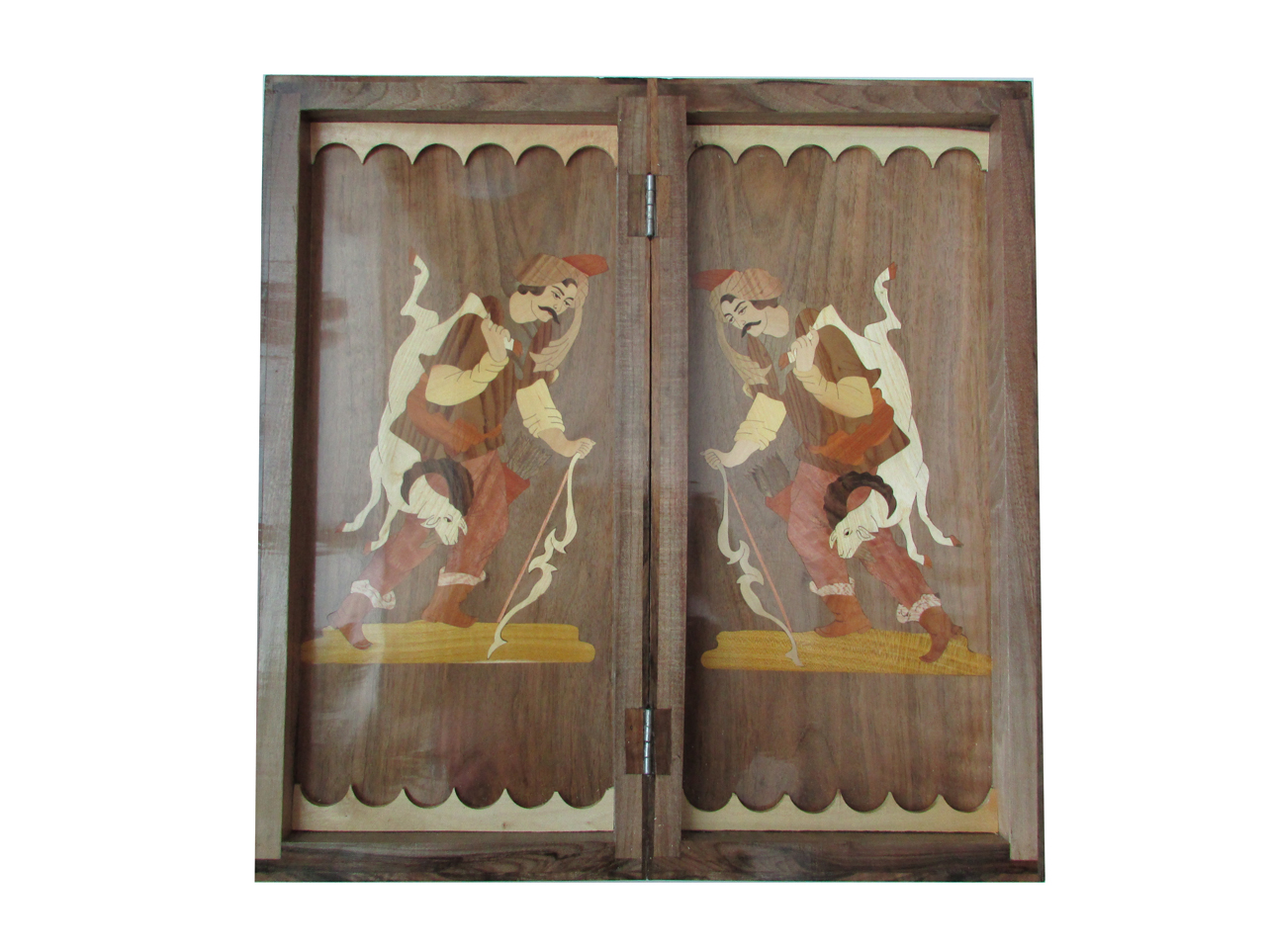 The game remains popular today, and backgammon sets are more than just playing boards: the fine craftsmanship that goes into their construction makes them as enjoyable to look at as they are to play on.

Backgammon involves a combination of strategy and luck (from rolling dice). While the dice may determine the outcome of a single game, over a series of many games, the better player will accumulate the better record. Thus, records of matches between players are good indicators of relative skill. With each roll of the dice, players must choose from numerous options for moving their checkers and anticipate possible counter-moves by the opponent. In variants  that originate from early 20th century New York, players may raise the stakes during the game. There is an established repertoire of common tactics and occurrences.