The mercury-containing mineral cinnabar has been mined since ancient times and historically used to create deep red dyes. Centuries-old lacquerware from Song dynasty China is still vibrant due to cinnabar dyeing. The use of this mineral as a dye has largely been discontinued since its toxicity was discovered. It is still mined as a mercury source. 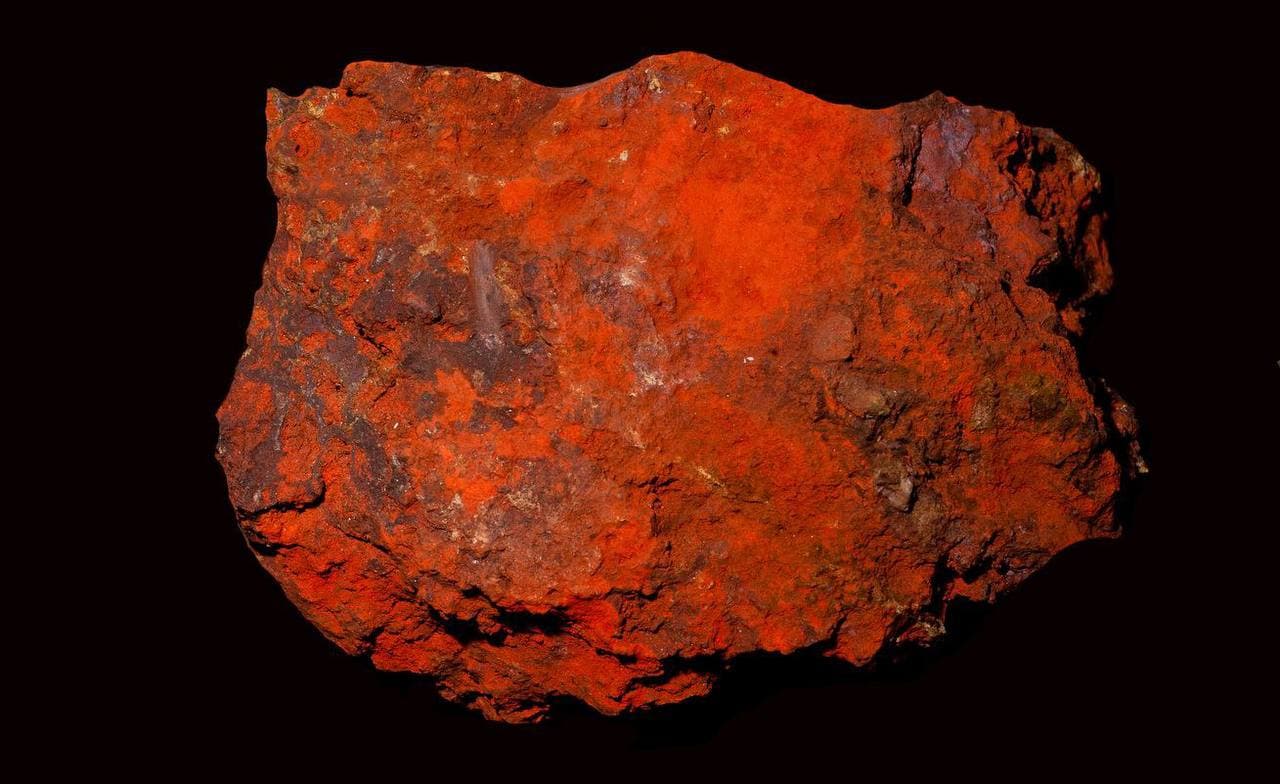 Cinnabar is believed by some to purify the mind and the body. This refers to the removal of toxins and purification of the blood in the body. To achieve this state of clarity in the mind, one can better pursue truth and their higher purposes. The device should not be placed in direct contact with the skin and should be kept inside a box. Cinnabar is also associated with fire as well as the sacral and root chakras.
Much of the information in this section is metaphysical. You should not use crystals to replace medical treatment.

Cinnabar has traditionally been associated with royalty and beauty. It is not surprising since it was historically used to make pigments and even as rouge. Olmec royalty's tombs dated back to the 7th century AD used cinnabar extensively for decorations. Ancient Chinese alchemists believed the pigment could be transmuted into gold, and such pigments were used for writing on oracle bones.

Choosing cinnabar should be based largely on color. The most popular color is a vibrant red, but specimens can also be brown, gray, or black. There are many imitation products sold on the market because cinnabar is toxic. Samples can be authenticated by testing their physical properties, such as their hardness and specific gravity.

Cinnabar belongs to the trigonal crystal system structurally. Incrustations may range from granular to massive or thick tabular to slender prismatic crystals. Twin crystals may form as a result of simple contact. Mercury(II) sulfide, HgS, has the cinnabar structure described and an additional structure, namely it is dimorphous. In Cinnabar, each Hg center has two short Hg−S bonds (each 2.36 Å), and four longer HgS contacts (with 3.10, 3.10, 3.30, and 3.30 Å separations). Furthermore, HgS is found in a non-cinnabar black polymorph (metacinnabar) with a zincblende structure.

Formation
Cinnabar occurs in veins as a result of recent volcanic eruptions and alkaline hot springs. Cinnabar is deposited by aqueous ascending solutions (near the surface that are not too hot) that are far removed from their igneous sources. Mercury, stibnite, realgar, pyrite, marcasite, opal, quartz, chalcedony, dolomite, calcite, and barite are its associated minerals. Cinnabar is a mineral occurring in almost all mining areas that produce mercury, including Almadén (Spain). Since Roman times, this mine has been exploited; it was the world's most important source of cinnabar for centuries. Excellent cinnabar crystals have been found here as well. Cinnabar deposits also appear in Giza (Egypt); Puerto Princesa (Philippines); New Almaden (California); Hastings Mine and St. John's Mine, Vallejo, California (United States); Idrija (Slovenia); New Idria, California (United States); Moschellandsberg [de] near Obermoschel in the Palatinate; La Ripa, at the foot of the Apuan Alps and in the Mount Amiata (Tuscany, Italy); the mountain Avala (Serbia); Huancavelica (Peru); Murfreesboro, Arkansas (United States); Terlingua, Texas (United States); and the province of Guizhou in China, where fine crystals have been obtained. It was also mined near Red Devil, Alaska on the middle Kuskokwim River. Red Devil was named after the Red Devil cinnabar mine, a primary source of mercury. It has been found in Dominica near its sulfur springs at the southern end of the island along the west coast. Cinnabar is still being deposited at the present day, such as from the hot waters of Sulphur Bank Mine in California and Steamboat Springs, Nevada.

Uses
Red pigments have been made from Cinnabar for millennia. A brilliant red lacquer was made from the mineral in China.